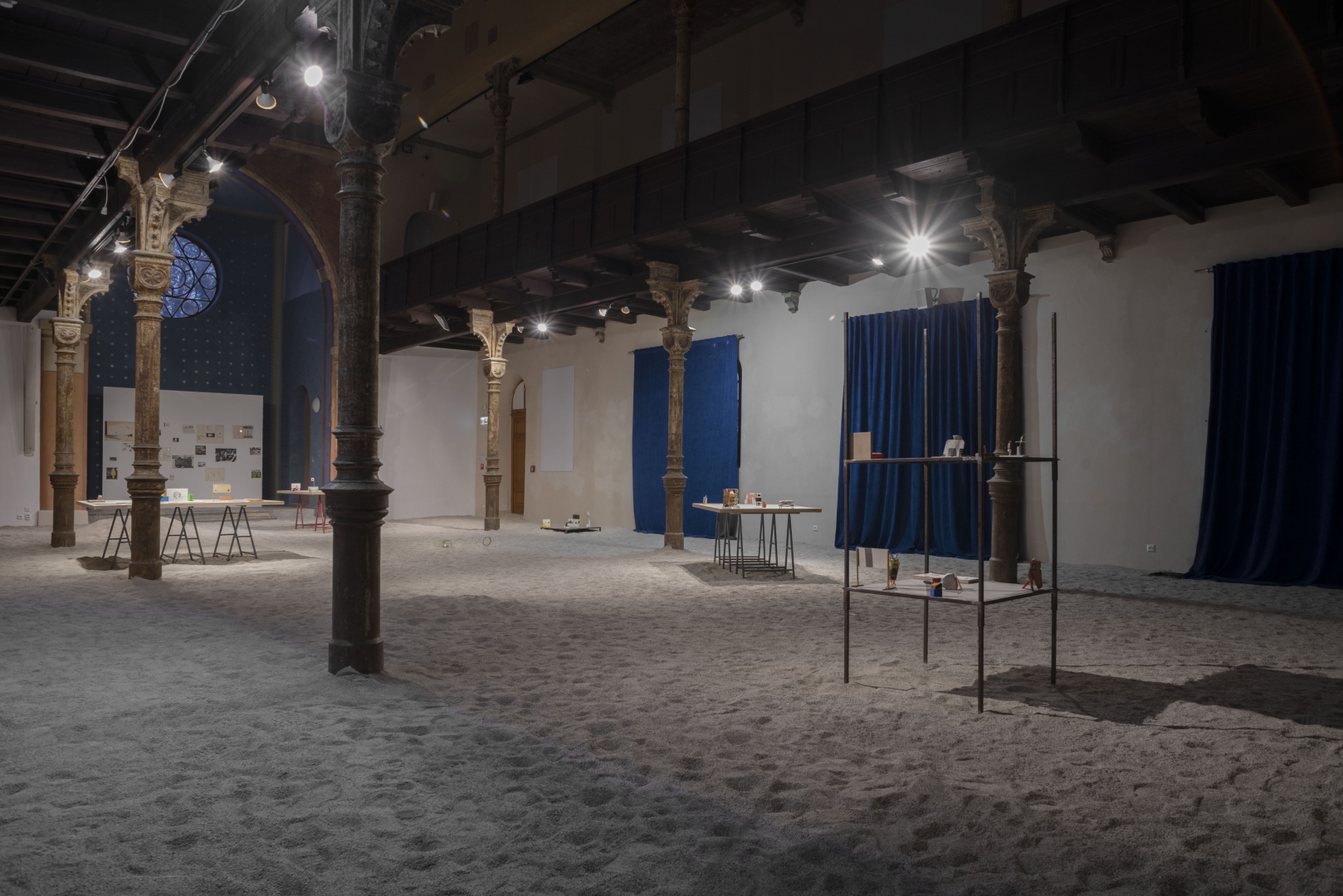 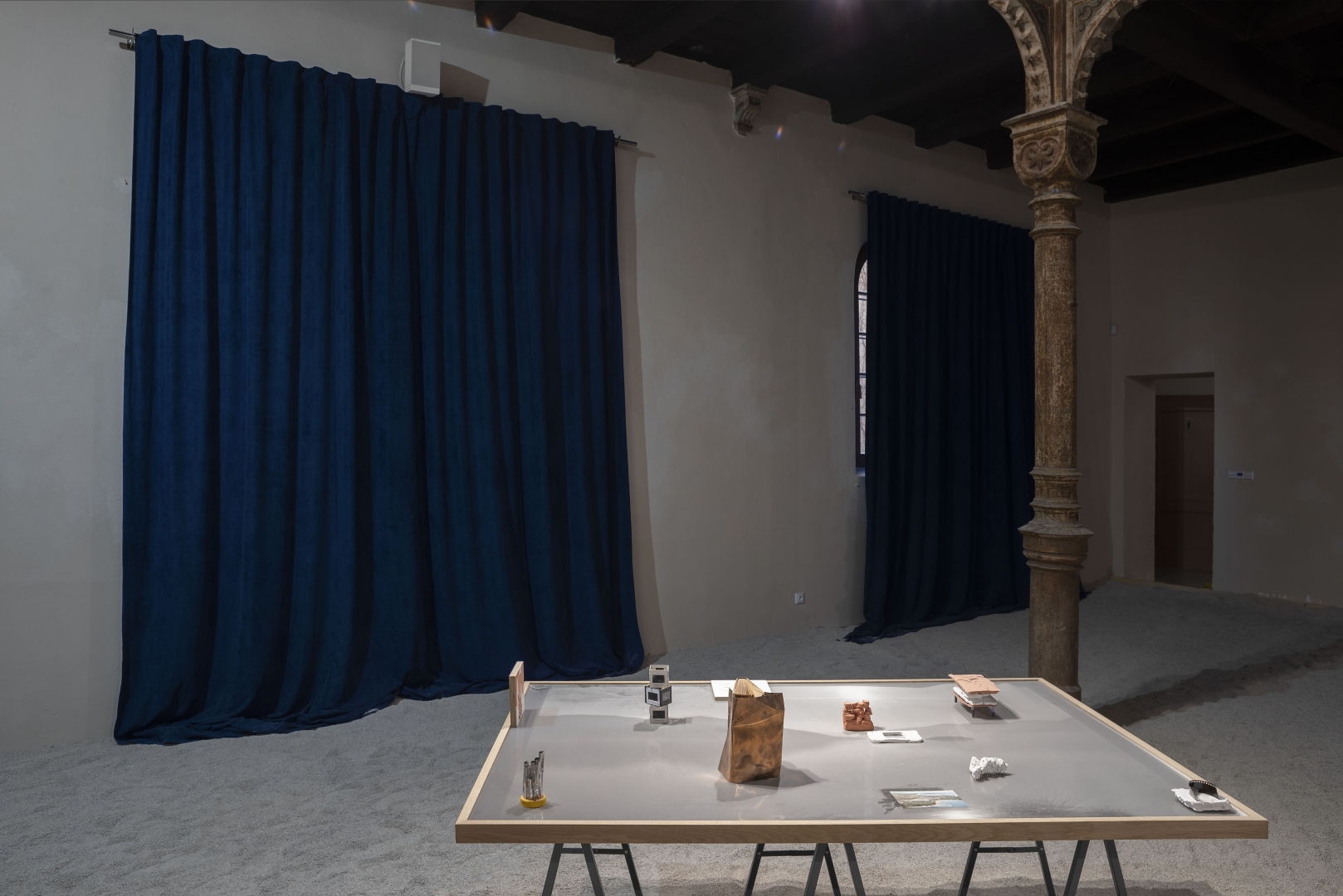 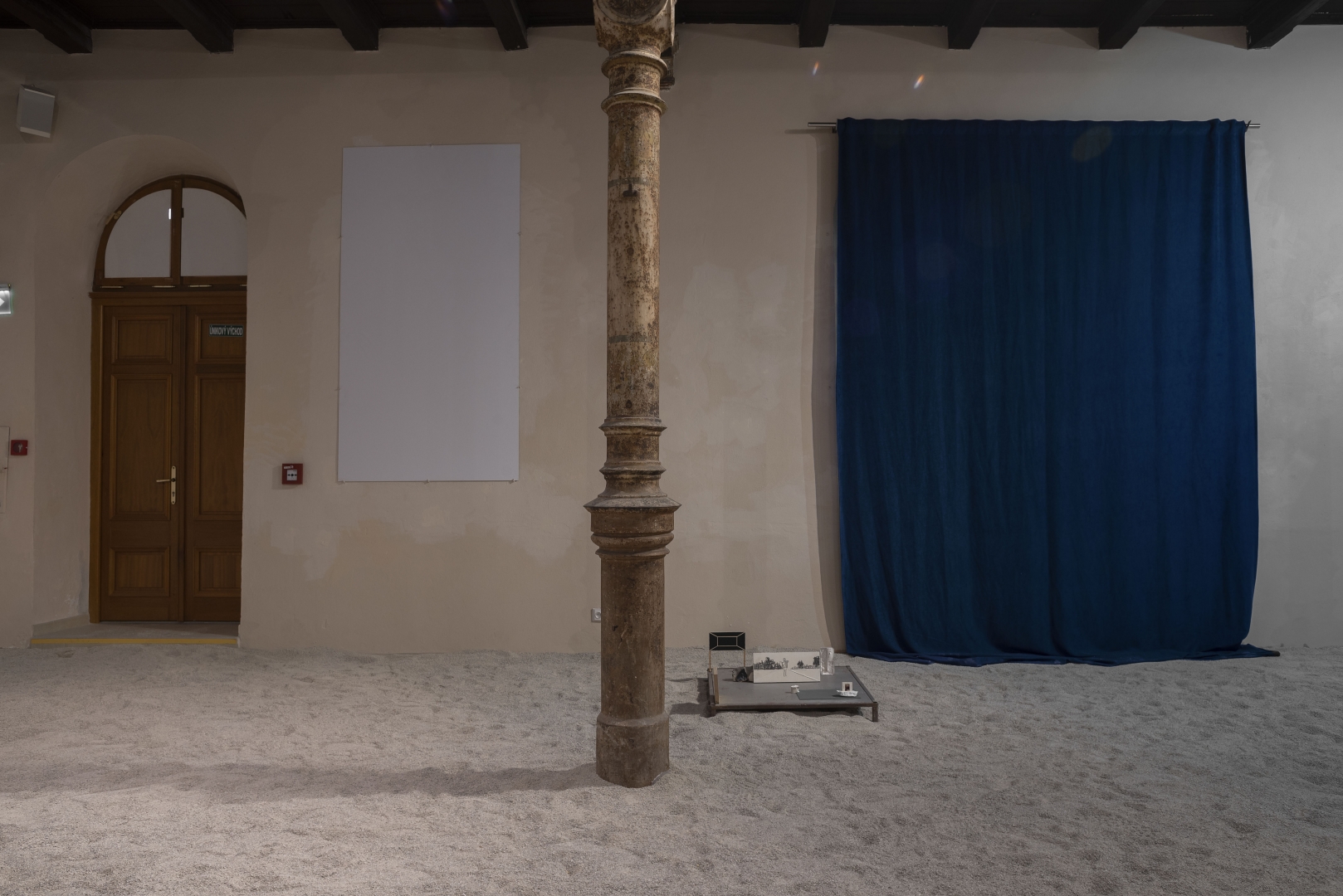 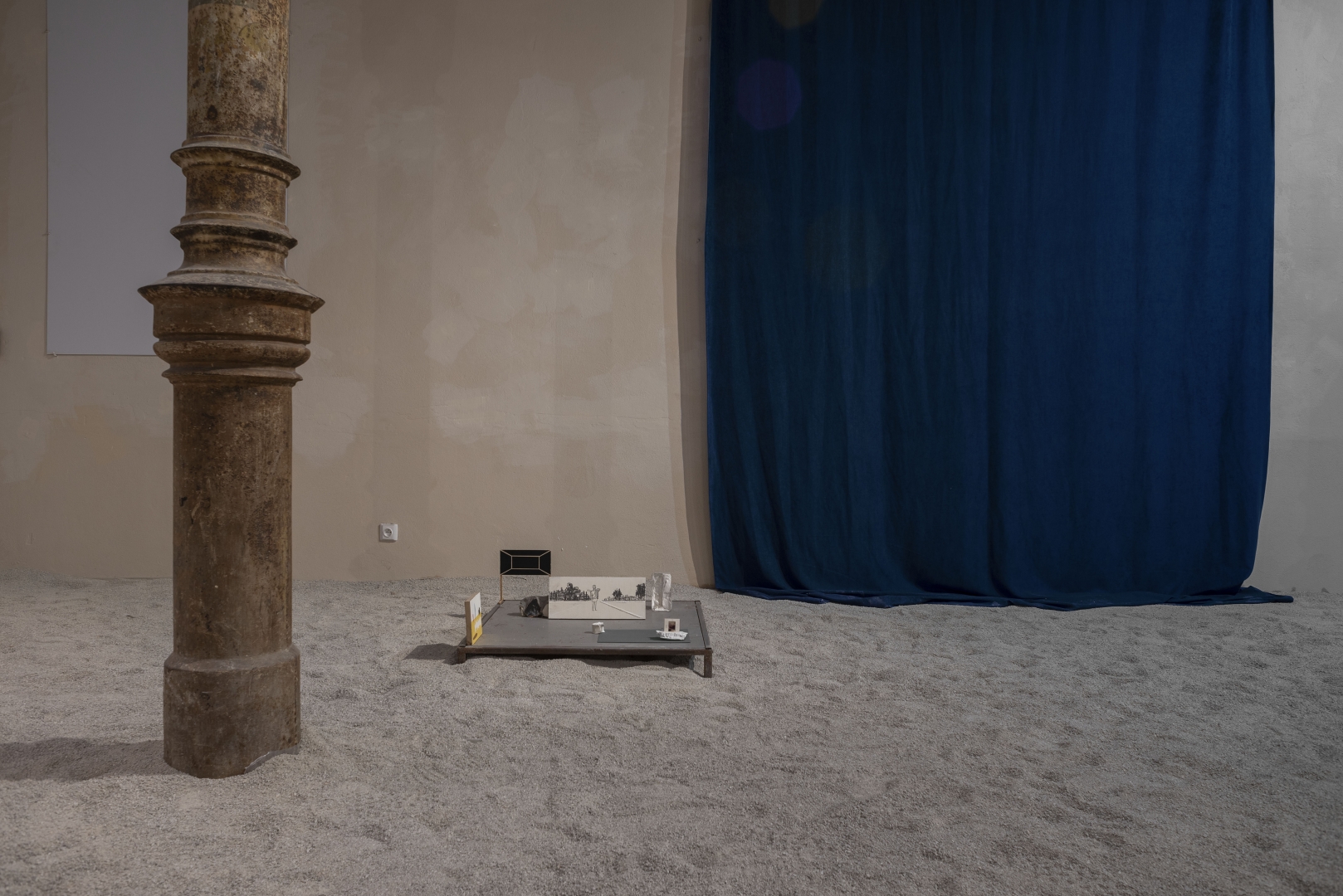 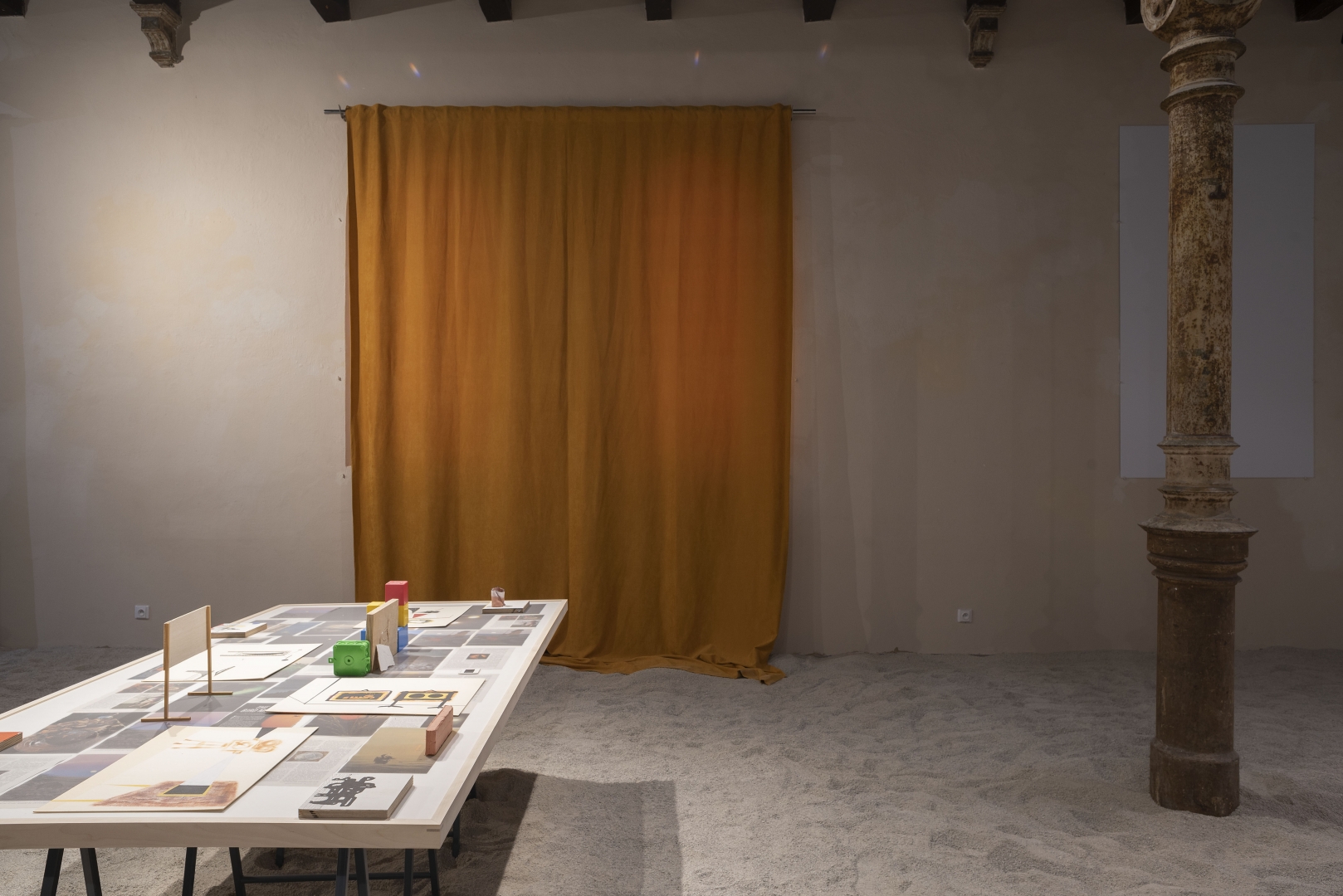 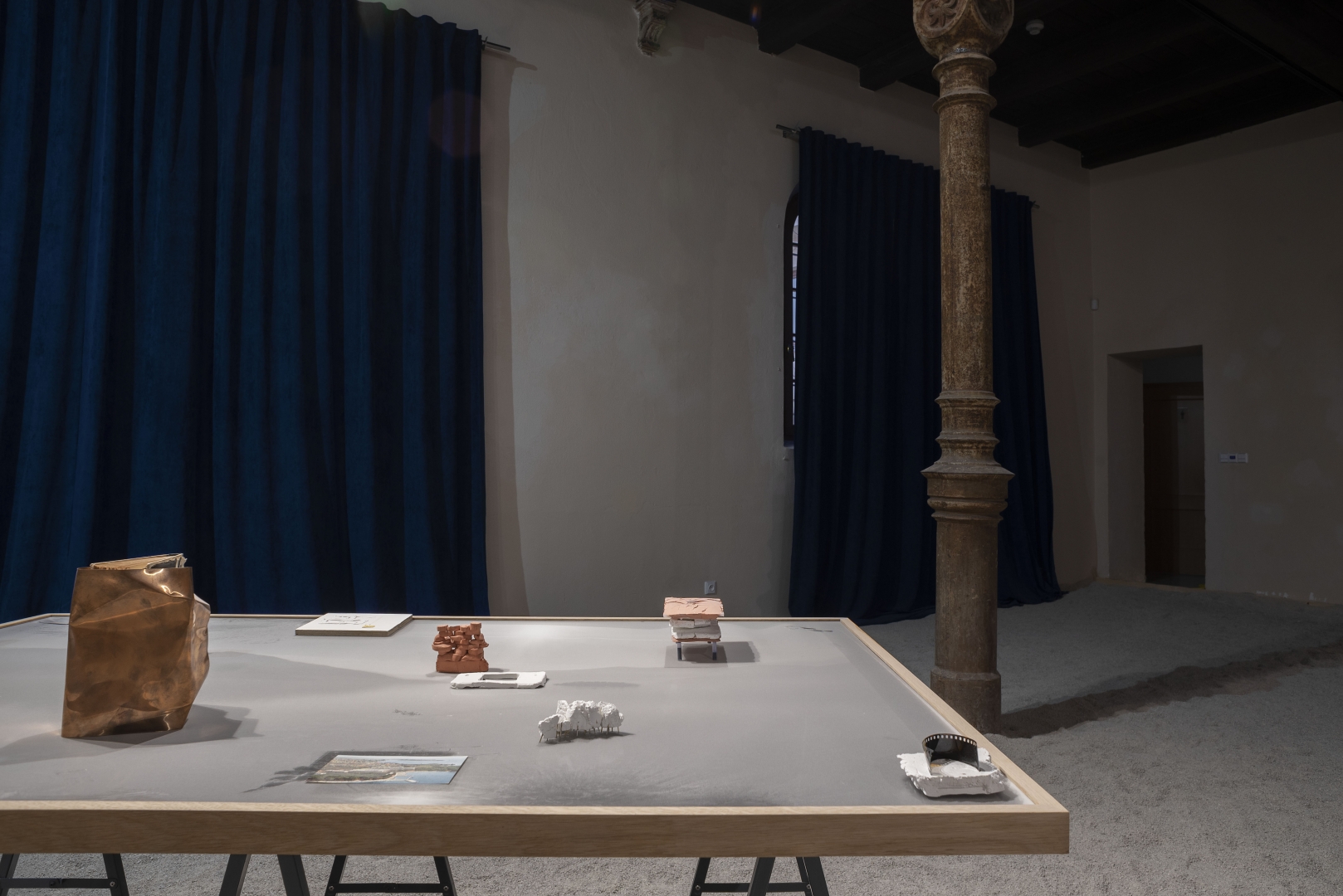 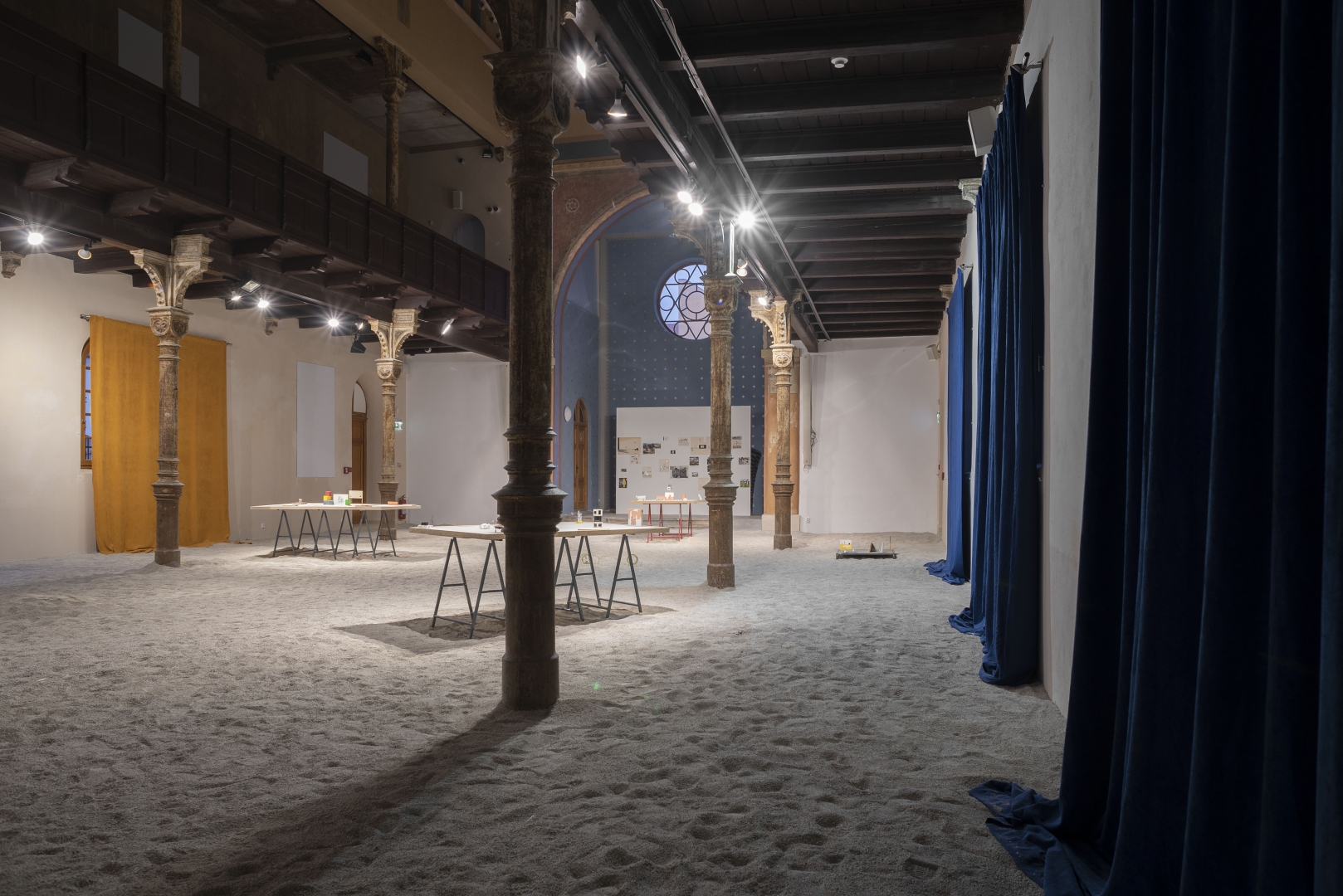 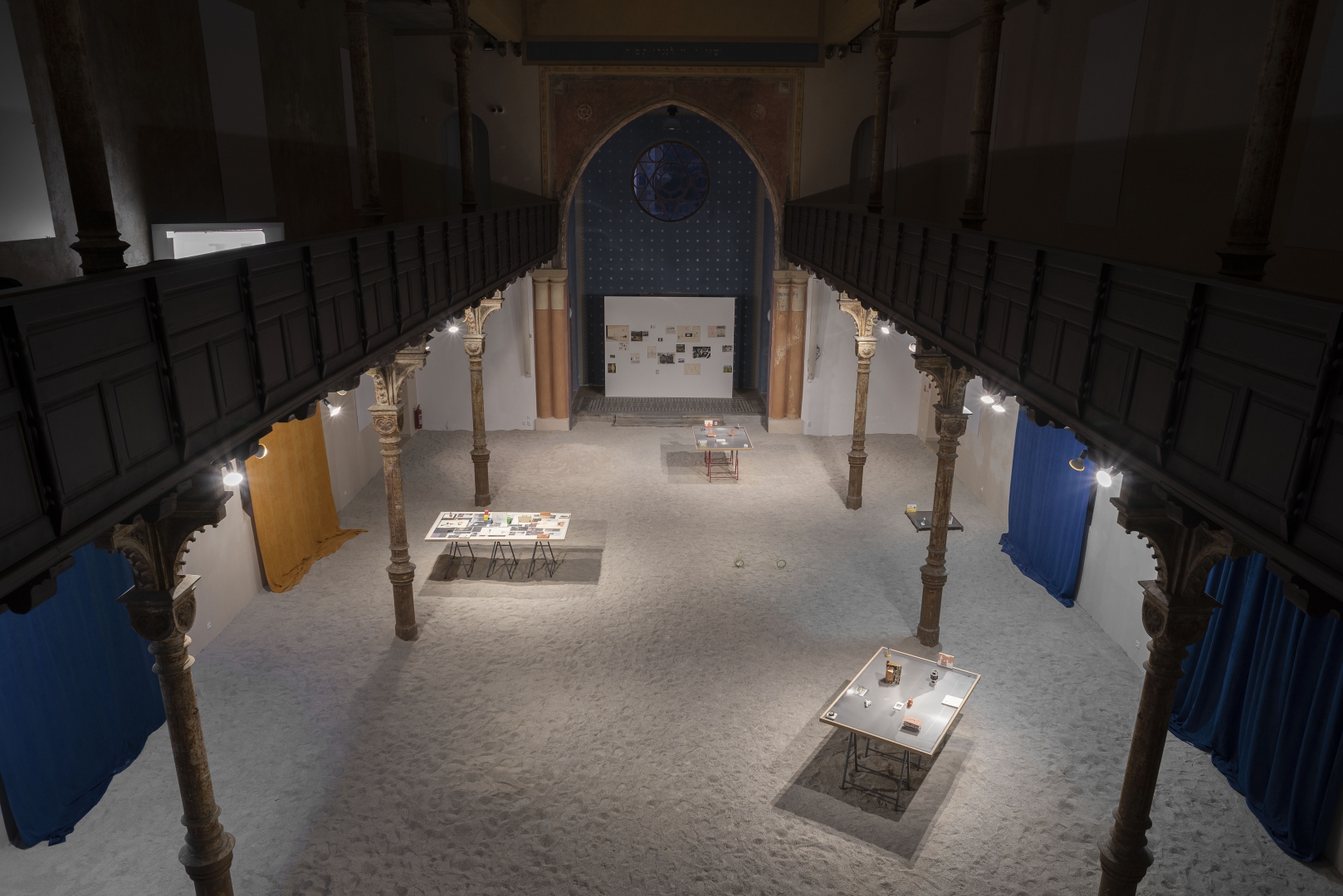 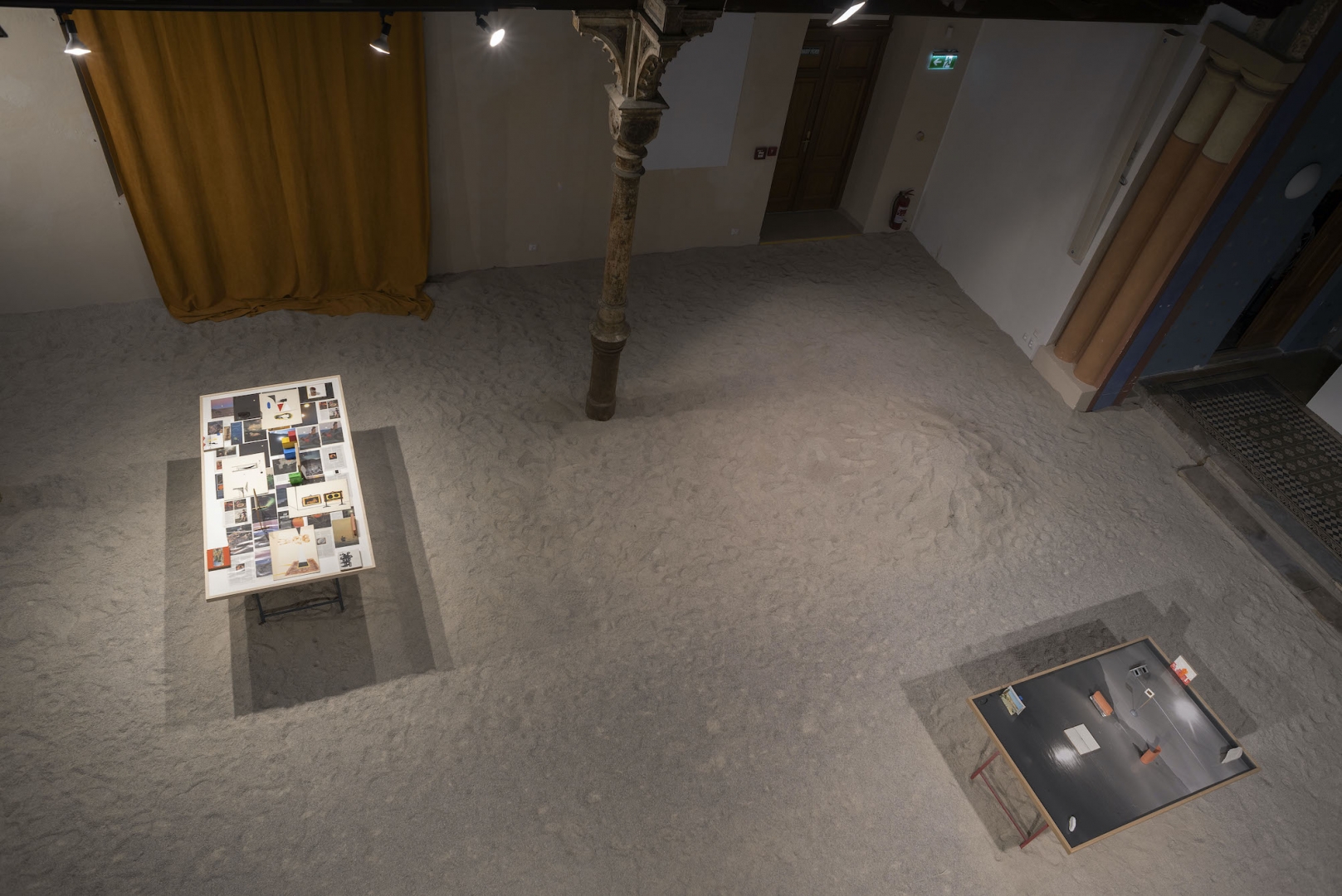 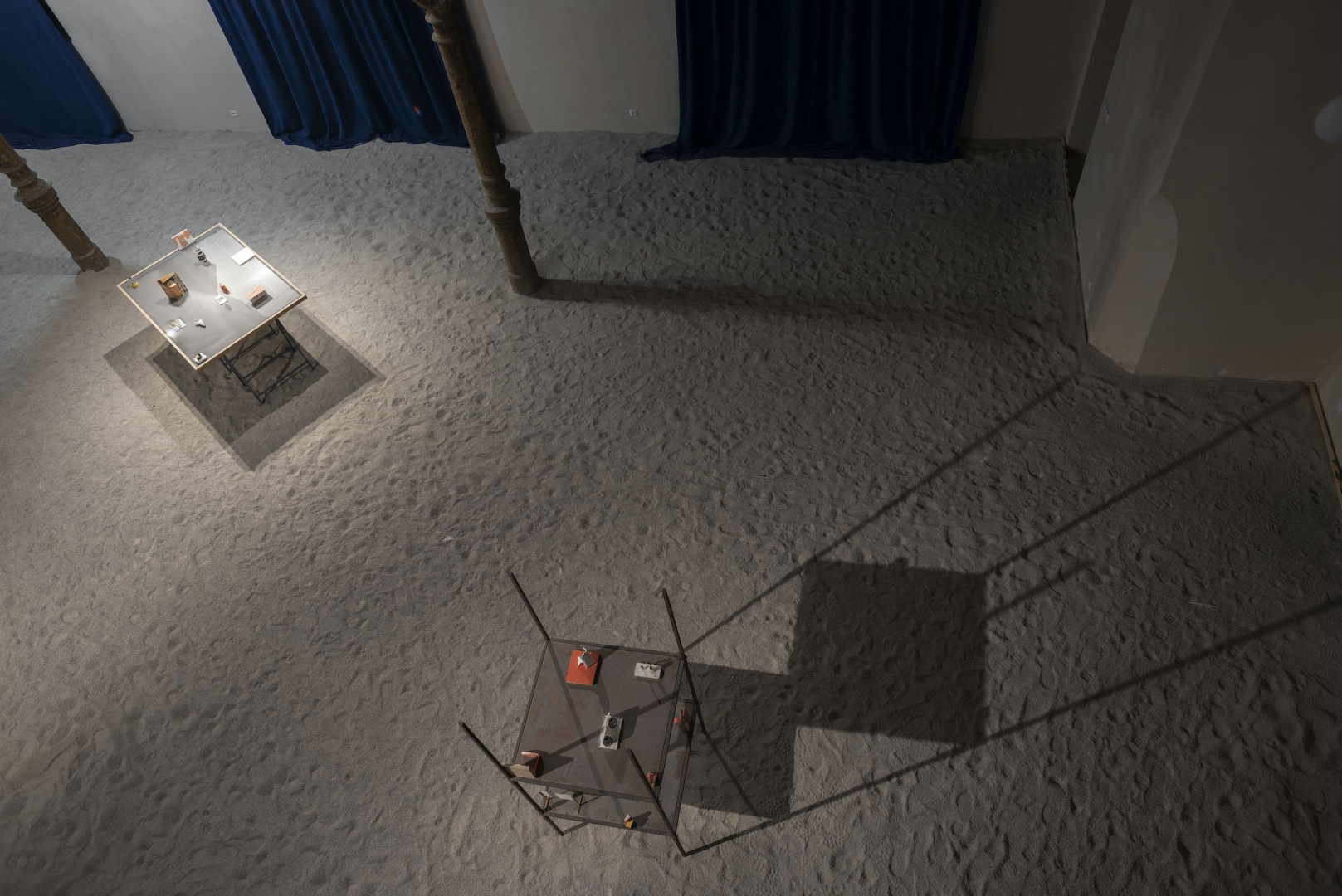 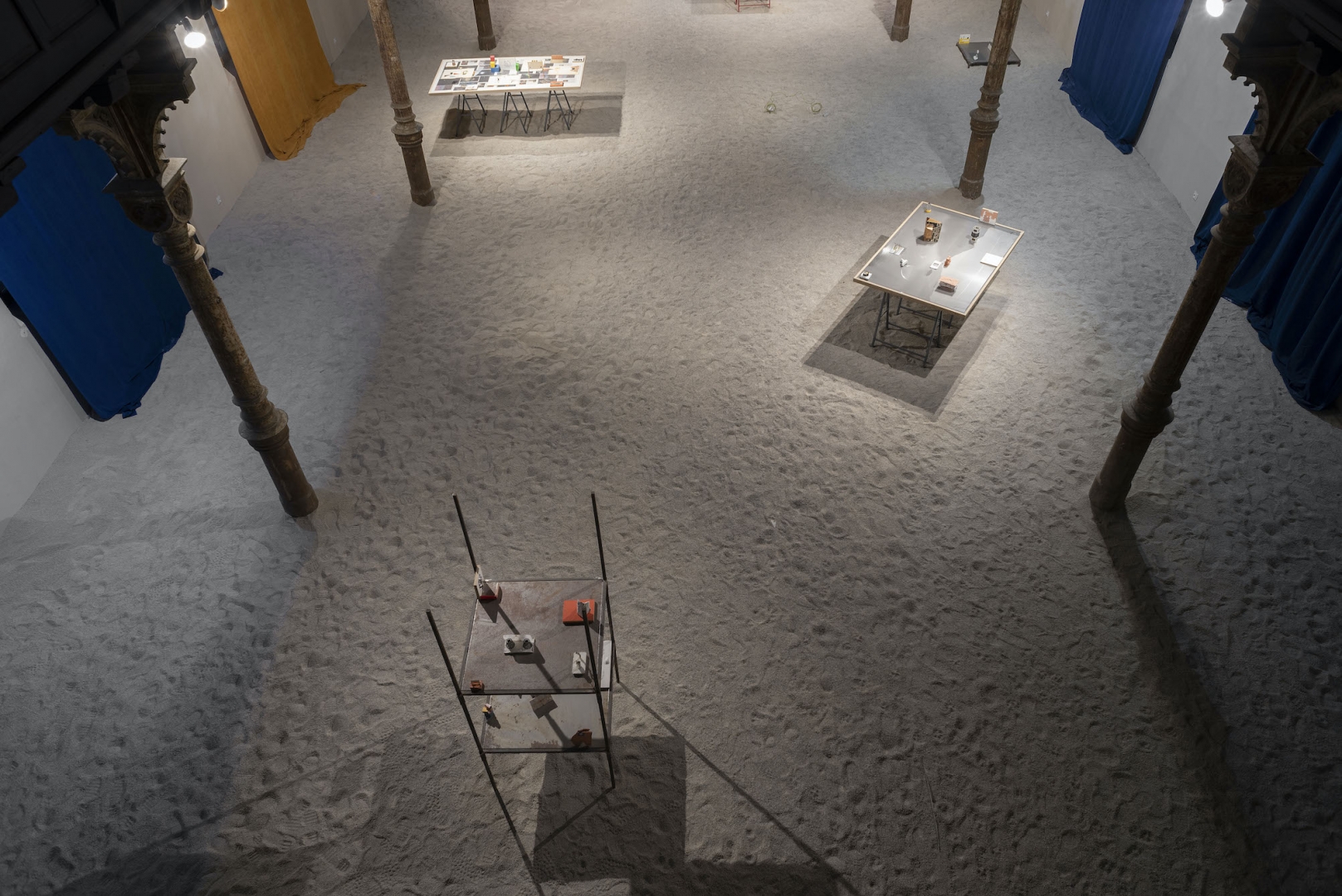 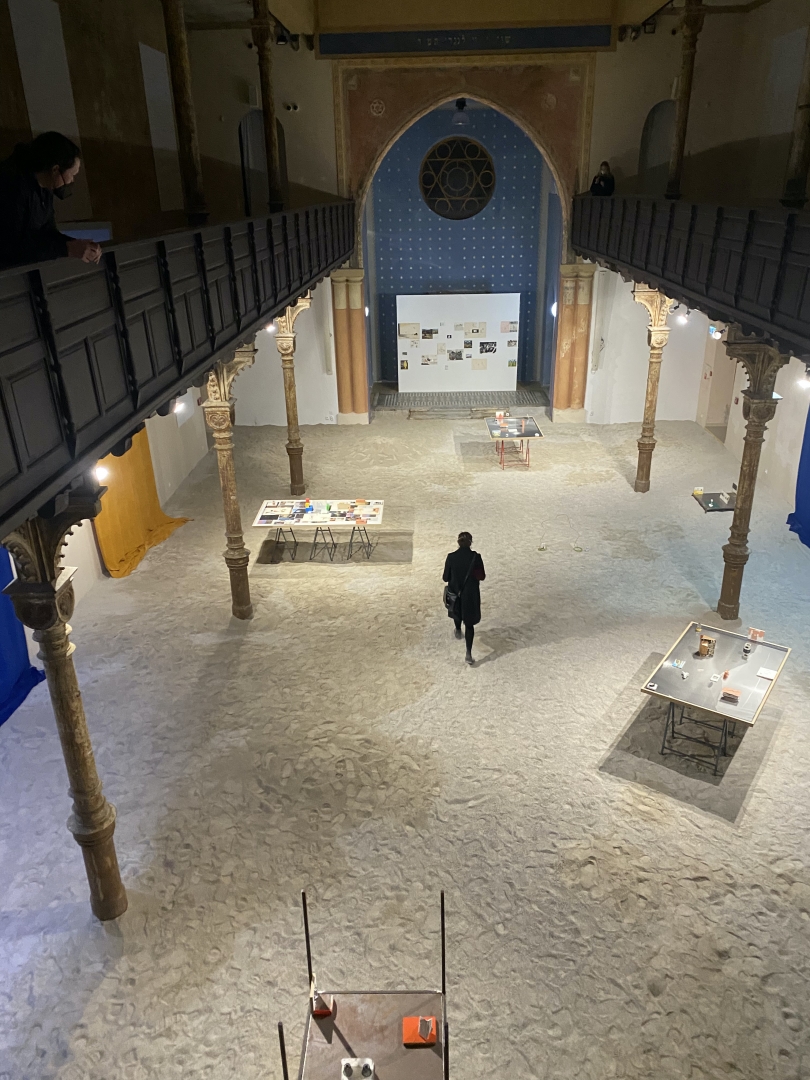 Complicity in the Making with Marko Tadic

Complicity in the Making with Marko Tadic

Complicity in the making is seen as a gesture of hospitality. It does not propose just an exhibition dialogue between the works by two artists, Petra Feriancova and Marko Tadić, but is imagined as possible complicity devised to unfold ideas, methodologies, atmospheres, and shared interests behind the processes and structures that frame them. „The spectator is held before an appearance in a state of ignorance about the process of production of this appearance and about the reality it conceals,“ claims Jacques Ranciere in The Emancipated Spectator[i], while artistic gestures here focus on examining spatial relations and interactions between the objects and the subjects, following the thoughts shaped by Celine Condorelli – Structures are not the shape of things, but the underlying principles behind how things appear.[ii] The exhibition is seen more as a situation that inhabits the space bringing together a constellation of formal elements of spatial construction found objects, images, and film, inviting the observer to connect different narratives of the possible fragmented whole. An exhibition is a construction that continuously unfolds – as a series of experiences oscillating between different conditions. In that sense, the displayed works are seen as a series of interrelations and cracks intertwined in their temporary environment. Underscoring the visibility of architectural elements, modules, set of constructions and props, as carriers, and support structures, Marko Tadić, with the support of Petra Feriancova, is articulating a display space its temporariness, ephemerality, its fluid, the almost performative character of moving through space. The exhibition is shaped as a fragmentary structure, a constellation that unfolds around Events meant to be forgotten, an experimental animated film by Marko Tadić built up from an archive of found images and a series of arranged objects Manuals of sensemaking. Marko Tadić continues to explore his long-term interest in the legacy of modernism and the actualization of its utopian potential. His works represent a look back at the recent history as a visual narrative of obsolete remains and elements of visual arts, architecture, or everyday imagery, building up an unusual atmosphere of oblivion, highlighting the possibilities of re-reading the relationship with the past. He de- and re- constructs a modernist vocabulary using it as the research polygon, dealing with the past through different forms of archives as tools to reimagine history, seeing new potential constructions. Using found images and animation techniques to stage a narrative oscillating between document and fiction, Tadić unfolds a series of haunting visual sequences. Regardless of the medium, his works can be seen as a continuous effort to initiate a potential new beginning, often building on the ruins of times past. Therefore, Events Meant to be Forgotten act as a panorama of achronological time, suspended between history, memory, and future projections. On the other hand, Petra Feriancova’s subtle interventions are meant to orient and reimagine relations between works of art, architecture, and exhibition space, taking shape through unstable and temporary strategies of improvisation or reconfiguration. Consisting of fragments of Petra‘ existing works, parts of the scenography of her exhibition displays or installations, such as curtains, tables, pedestals, her thinking about the size and scale, combined with pedestals and props from Synagoga – Centre of Contemporary art exhibition leftovers in storage, as a set of provisional dialogues, echoing a suspended meaning. In this way, including different media and materiality, ranging from photographs/found images, video, installation, to objects, furniture, building/construction material, this dialogue will unfold two artistic positions that deal with issues of accumulation, collecting and exhibiting, and structures, institutions, and contexts that frame them. Employing collaboration strategies, co-authorship, appropriation, and re-arrangement, the artists are creating new situations, compositions, and dialogues. The methodology and visual language, ranging from visual notes to documentation, materiality, random gathering to subjective interpretation, explores and translates possibilities of visual representation reflecting the fragmented structure of history, archive, visible and the invisible, spatial and temporal discontinuities. Unfolding the representation from images to objects, installations shape atmospheres that reflect an idea of the incomplete and unfinished and serve as possible devices to establish the disconnected relations of expectations, gestures, and negotiations.