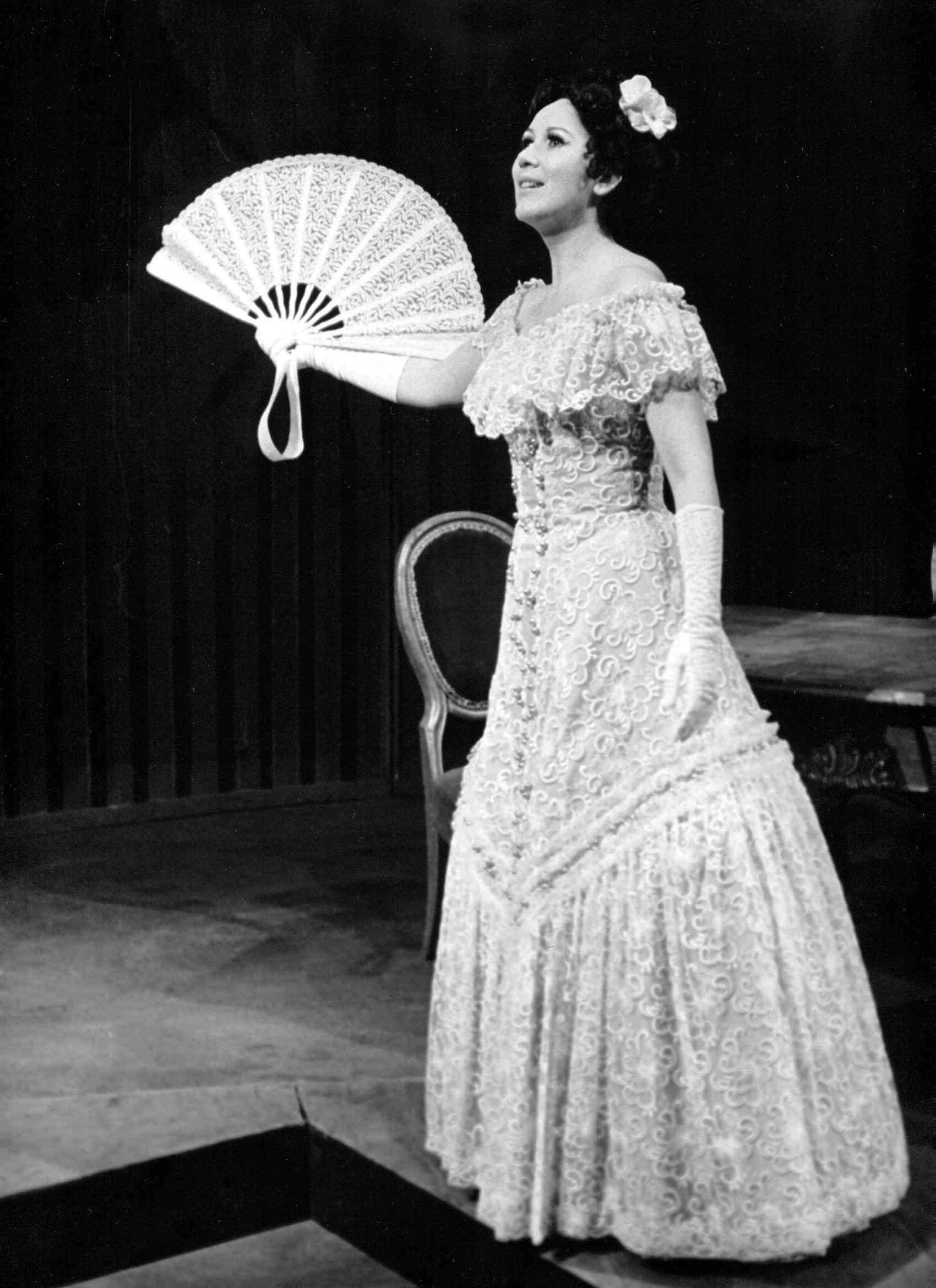 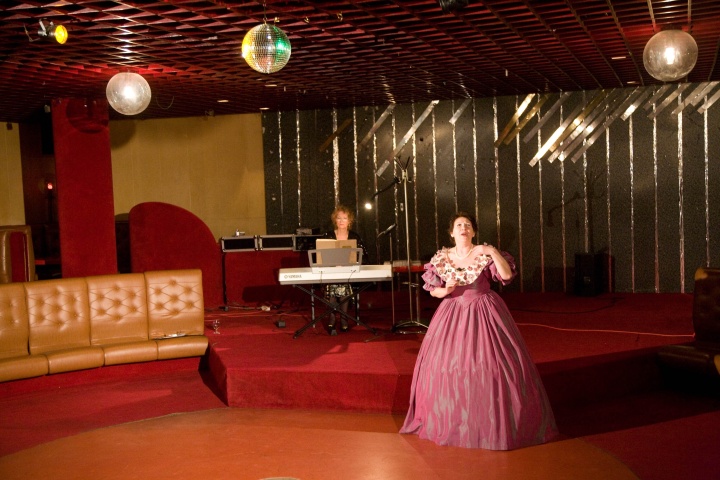 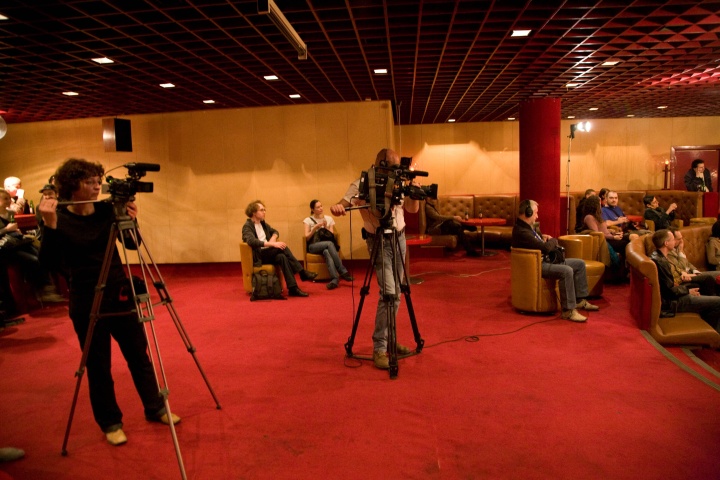 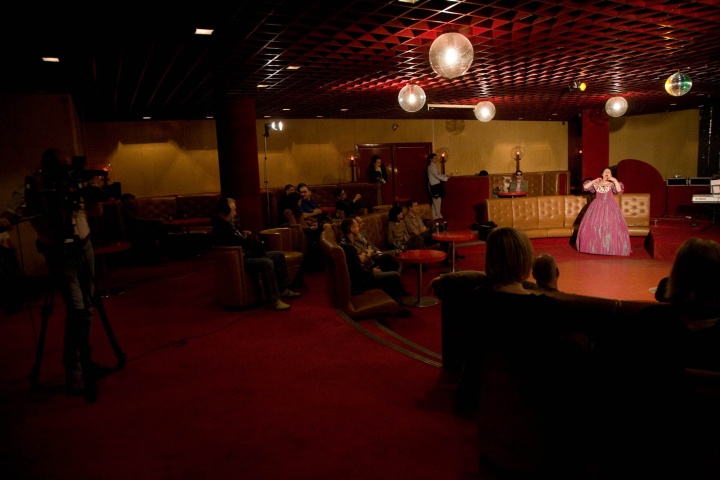 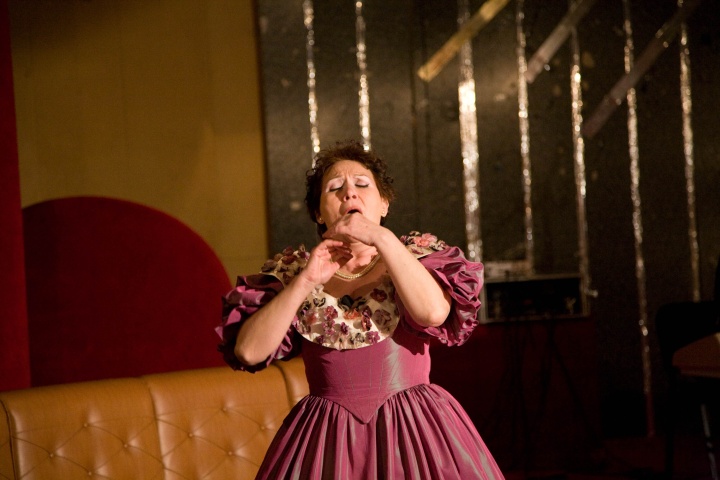 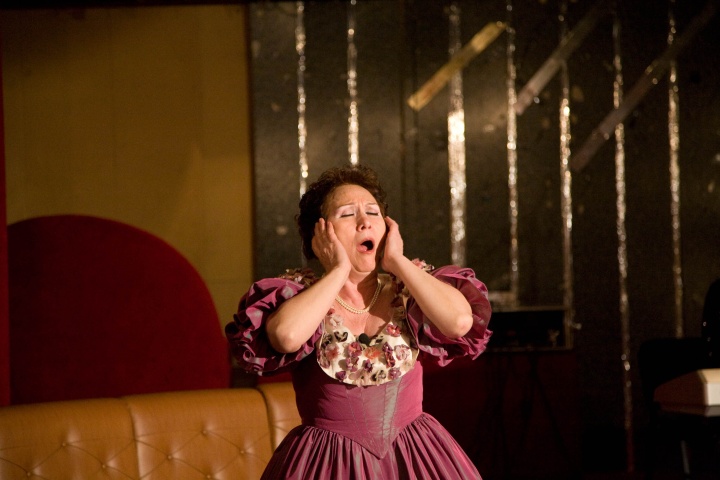 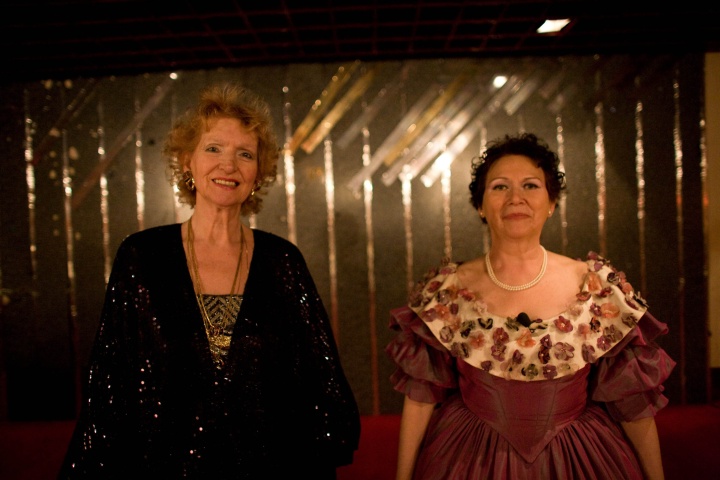 Maria Turnova is an opera soloist "soprano colorato", and an old family friend. She used to guest as a Soloist at Operas in Dresden, Leipzig, Antwerpen, Prague, Belgrade, and Bratislava National Opera. I followed her with a camera a few years later, when she had retired, and was teaching at a school (1999) and now singing occasionaly at the local club for retired people (2006). She was Gilda at Rigoletto, Rosina at Barbiere di Sevilla, Pamina in I have recorded always only a certain part from her interpretation of La Traviata. The various recordings, I made over the years show (maybe not clearly to whom who´s not involved) that the singer is losing the capability to sing high C note,.This perhaps to us might be noted only as an absent nuanse, but can be very sensitive and fatal for the professionals. I remember her singing since I was a kid, she would sing while cooking dinner. She always kept the exact expression, even changing the location of her performance to those most unappropriate and contrast ambients. But it was very effective. Opera was exactly what it was meant to be. Artificial but pure emotion. It didnt matter how, but it always worked out. For Kyjev, with regard to the original text (libretto), i have selected a few parts from various spectacles, and made her study them. All the parts create a new narrative which reflects somehow the end. I chose opera, cause of the stright way to acces the proper emotion, and its capability, especiallz in this case, make death appear as something beautiful. Another reason is to create a situation reminding the old, and at the same time lost fame., and that only this kind of performace can perfectly be surrounded by Hotel Kyjev´s particular and definite memories. Gianni Schicchi is an opera of one act by Giacomo Puccini, Aria ´O mio babbino caro, is where the despered Lauretta is kneeling infront of her father begging him for help in this unfortunate lovestory with the threat of her suicide.  Tosca is an opera in three acts by Giacomo Puccini (act 2/Scene 5) where she in the dolefulness is praying in slightest pretence assuming her hurts and hopeless future. She feels that her self sacrifice is inevitable.  La traviata is an opera in three acts by Giuseppe Verdi (act 1 scene 5) Violetta, alone, rejects her lover because She convinced herself that his love means nothing to her. However, there is something about him that touches her heart. She acts in the opposite way as she should. (Violetta : Ah, fors'è lui – "Perhaps he is the one"). But she concludes that she needs freedom to live her life (Violetta : Sempre libera – "Always free"). (act 3 scene 4) (Violetta confused, cries knowing her end is coming, knowing she cannot help, she cannot could love. She knows She is going to die.. (Or tutto finì!) Violetta fell apart.. „É tardi..“  It´s late. This piece is a work taking Opera presented as a media by it self. In this public occassion are presented the sequences where the interpreter avoids for her the difficult parts (with regard to my older work „Absent C Note“99/2006).  I studied the text which I found as much important as a musical expression. I created a new narrative concerning to characteristics which are indispensable for a temporary and processing situation. I pointed at Libretto´s solving ethical even philosophical issues, considering Anthic Drama being an antecedent to opera. The End as a magnitude, raises an issue determined by reason,- causa/act, consequence,. and moral or religious result of behaviour (emotional),- such as punishment, sacrifice, rejection, supplication, confession...   An Act is a consequence of a will, which is gained through love. Inaction is also based on love because we are fascinated by impossibility. Time is the only condition.   1 Traviata- act 1 scene 5, subtitled "Rejection of a Beginning" part with Violetta is about the rejection of love caused by her insecurity about being abandoned  2 Ó mio babbino caro, subtitled "Threat of an End" part with Lauretta is about threats because of her fear of the end of a love  3 Tosca act 2, scene 5, subtitled" "Self Sacrifice- acceptance of an End" part with Tosca is about the decision to self sacrifice under the condition of death  4 Traviata act 3, scena 4 subtitled "Falling apart-The End is Inevitable“ part with Violetta is when the fight is slowly given up and its life saying good bye