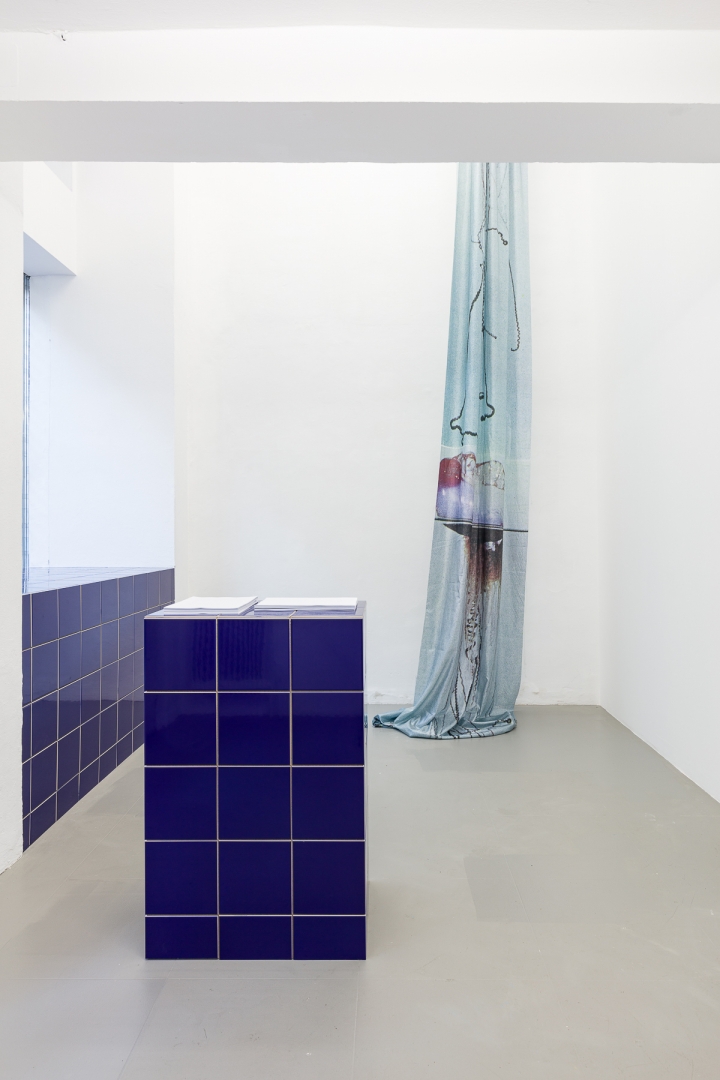 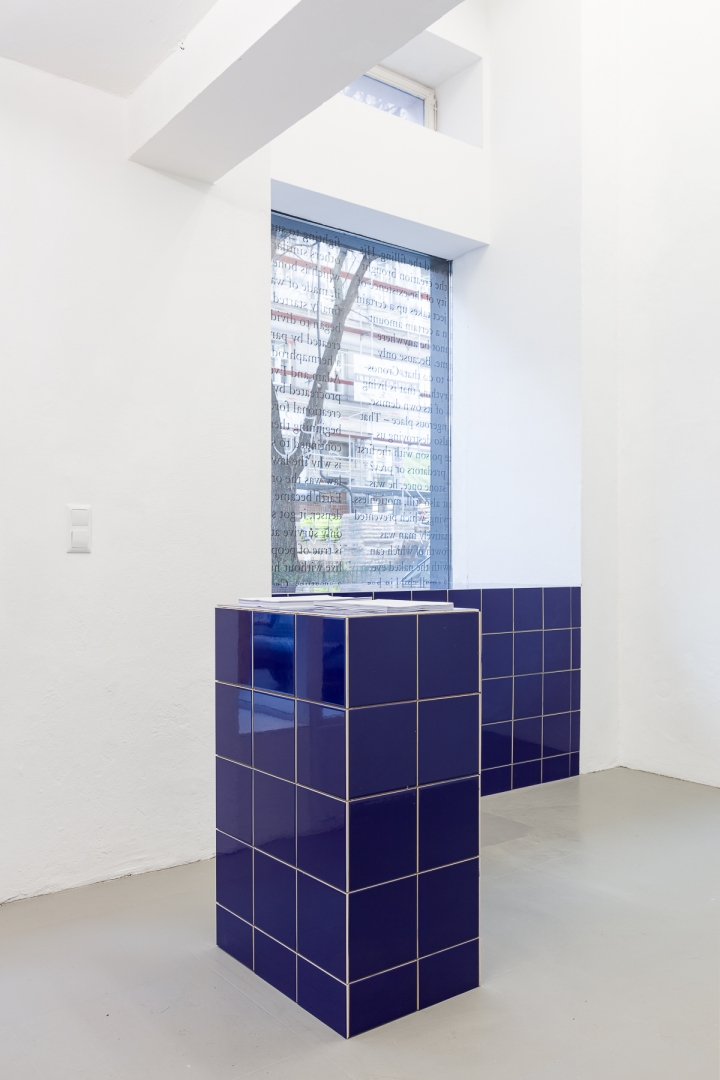 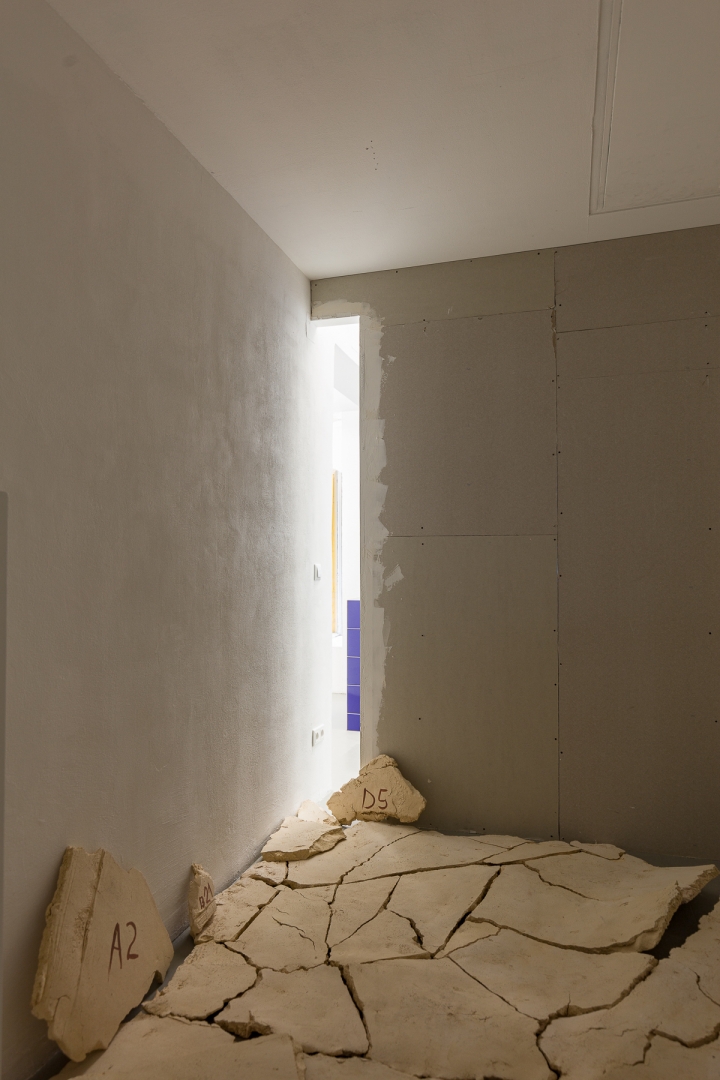 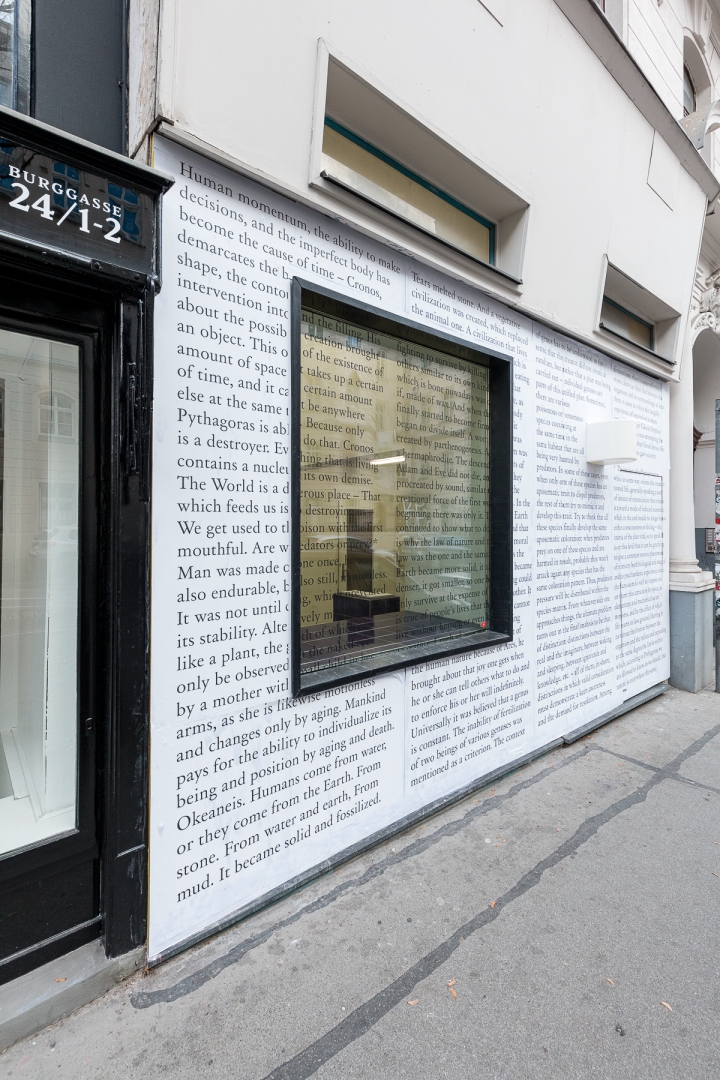 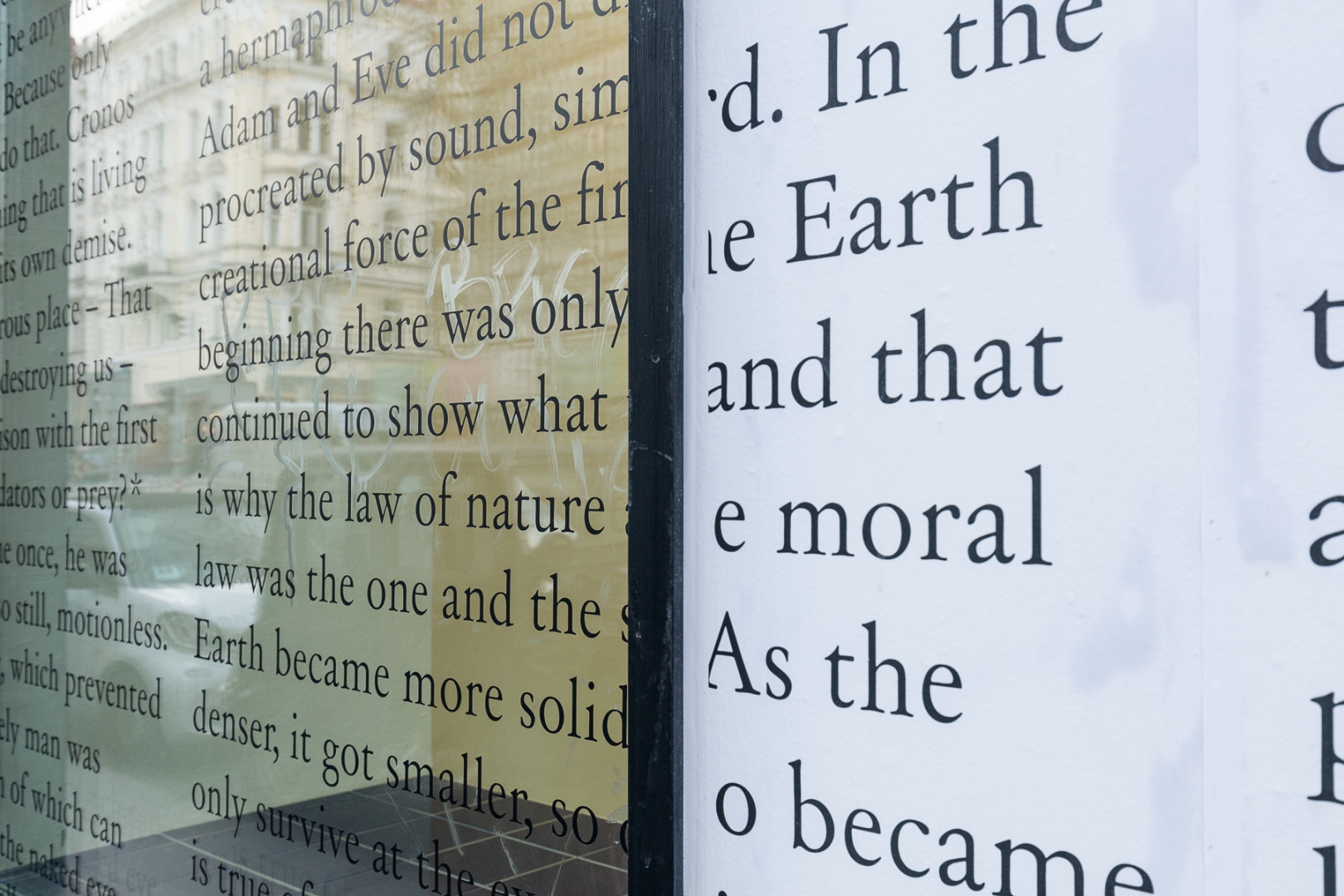 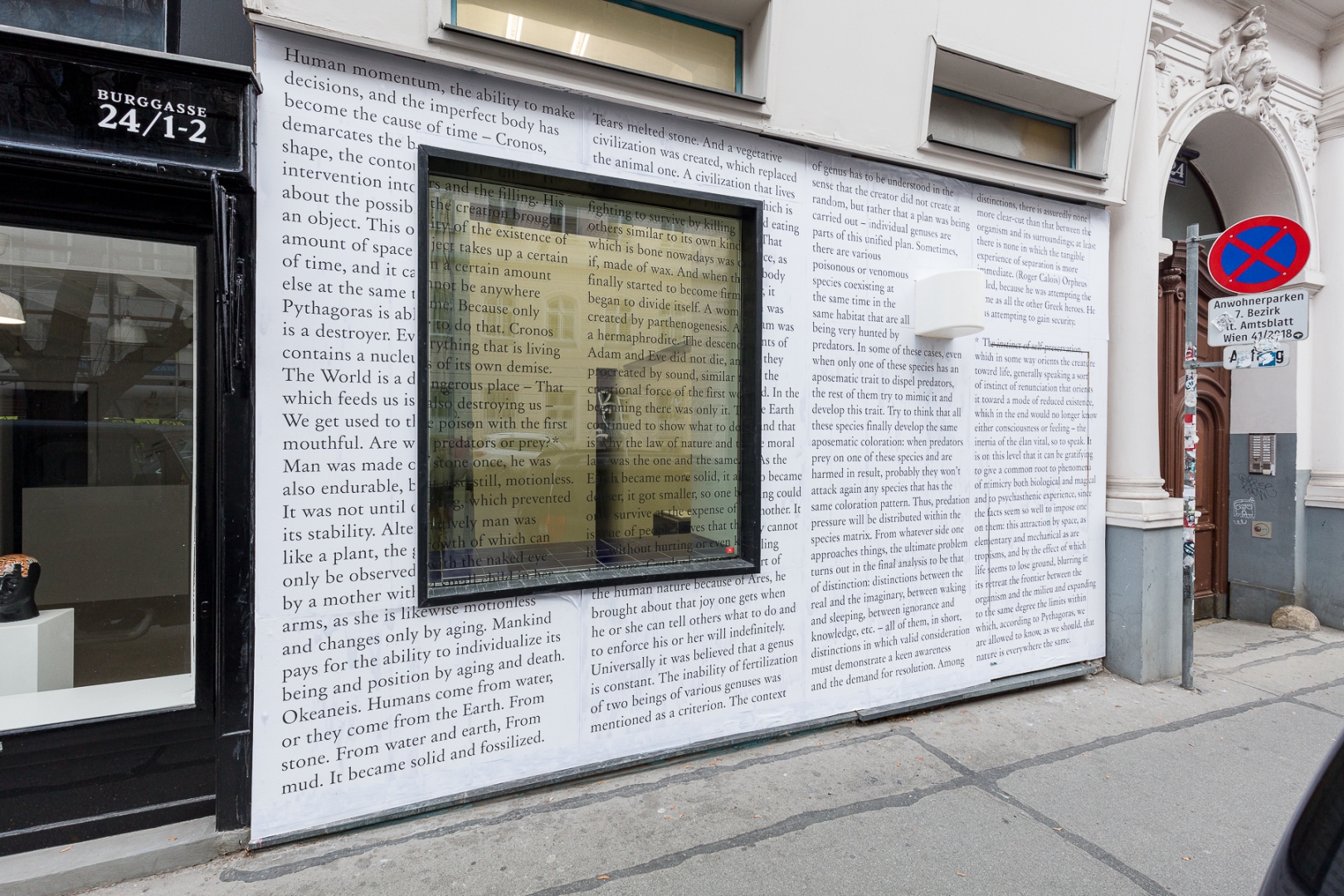 Initially we opened our conversation with references to architecture - what else. We spoke about Petra’s father, who was an architect, about his archive of images taken in various parts of the world in the 60s and 70s, documenting archetypal construction elements, buildings, their prefigurations and contexts. Ruins of Ancient Greece, high rise buildings of late modernism, pyramids of sand or grid structures on anonymous facades. Soon afterwards long texts without much of an additional explanation started to arrive over email. Texts written with a very specific sensitivity, combining the technique of automated writing with philosophical or scientific knowledge and highly subjective interpolations and interpretations. The creation, the color blue, Cronos, Henri Bergson, predators and their prey, psychasthenia, creatures both from the deep sea and its surface, Stano Filko and Homer or Glaucus.

As with the texts or with the siphonophore combined from multiple organisms, also Lebenswelt blends a long list of references and conceptual decisions. Some of them quite disparate, yet under close observation intertwined and eventually unified into a singular entity.

Actually it is a book, the third in a series of Feriancová’s artist books, which holds the primary source material - those grainy analogue images later transferred into a digital multiplicity. They speak not only of a specific time and space but also about their own being and ways of distribution or perception, shifts from one media to the other, about their journey from horizontality to verticality and back. Be it an iPhone screen or a physical contact sheet, all those histories are amalgamating into a new uncertain integrity.

There is no truth anymore, as we all very well know - there is no clarity, not even in exact sciences. Therefore poetic references to the meaning of things remain as the only possible solution to this frustration. Assumptions and believes use natural techniques of mimicry to create the illusion of facts. Nature meets the behavioural patterns of its own offspring. The originally tall inorganic structures piercing through the skies now lie on their backs like wounded mammals. Fired clay intentionally broken to pieces looks for a way how to revitalize itself and merge into its original state. With words and through images. Blue again, vertical and horizontal, again. Again and again in a continuous process. What came at the very beginning is no more, what matters is that all fits together like precisely arranged blue bathroom tiles.